Plastic dryers are used to remove moisture (water) that has been absorbed either onto the surface of plastic pallets or into the plastic pallets' internal structure before they go into the injection molding machine to make parts.

There are 2 groups of plastics. The first group will only hold water on its surface (such as polypropylene) while the second group will absorb it into its internal structure (such as PET polyester).

Drying is required to ensure good quality parts are made consistently. Plastics with excess moisture levels will react when processed in the molding machine barrel and will produce by-products that will affect such things as impact strength in the finished molded part.

The previous 7 materials need to be dried for cosmetic reasons only. Excess moisture will cause bubbles, flow lines, or surface defects in the molded part. However, their mechanical properties are not affected by moisture.

Excess moisture in the next 6 plastics will affect the mechanical properties of the molded part. The part will have reduced impact and tensile strength but will not show any cosmetic defects. This fact is very important to know so that molders do not rely upon visual checks to ensure the quality of the molded part. 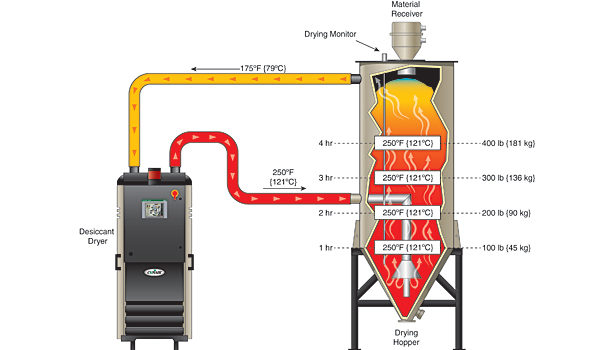 For our Automobile Plastic Windshield Wiper Blade Mould, the time of drying raw material is around 6-8 hours, and the temperature is around 90-100℃.

If you have any questions on mass production, welcome to contact our SWY MOULD.

Ejector pins are the "bouncers" of the injection molding world. They apply a force to eject a part from the mold, and in some cases can leave marks. At SWY MOULD, our goal is to design and position pins to minimize their effect on your parts, and while we typically determine pin placement, customers get to sign off on pin locations before an order is finalized.

Pins are located in the B-side mold half, the side in which the part will stay when the mold opens. Once the mold is opened, the pins extend into the mold cavity, push the part out, and then retract, allowing the mold to close and be refilled.

In a traditional steel production tool, it may be possible to machine the end of the pin to match the contour of a part surface that is not perpendicular to the direction in which the pin moves, producing a contoured pin.

How to protect mould after you received it?

1. After received the mould, you can see almost all mould parts with rust agent, and mould outside our worker also spread enough grease and oil. After that, we covered mould by the film.

2. Before your production, should use a cleaning agent to clear it, if your production needs to change another mould to machine, then this mould inside should spray enough rust agent at least, outside if you won't mind then no need spread oil.

3. Spray enough rust agent inside every place, and all the water pipes must push all water in and out as dry as you can.

4. After all work is done, please keep the mould closed.

When SWY MOULD factory arranges shipment, we will ensure all clear and no rust, but protect moulds should depend on the customer after received mould. Pls, take care of all of our moulds made of steel, if not protect well, it easily gets rust.

Here SWY MOULD would like to discuss with you how to find a good mould-making company in China.

A plastic mould maker should support his injection moulding customer from the beginning of a new part concept right through to mass production of the parts especially when trying to reduce cycle times by using plastic injection moulds.

The mould maker should know what questions to ask and be on the lookout for part design issues that could make molding and mould construction difficult. Changes made at the early stages could save the molder thousands of dollars in waste in terms of rejects and slow cycle times. This means the molder can make more money, get the jobs completed sooner, and won’t suffer the stress and headaches associated with poor decision-making that often happens at the start of a product development cycle.

The plastic mould maker should also be present during mould commissioning. Most often new moulds have not been tested in a production environment and they will usually have some minor issues that relate to mould manufacture. The mould maker needs to see the effect on production and discuss with the molder the best way to fix it. Another reason why a mould maker should be present during commissioning is to ensure water circuits are connected correctly. Water circuits must not be looped as this can cause part quality problems such as warpage.

Balance price with quality. Do your research and pay a bit more to get a mould that will produce quality plastic parts consistently. Low price is not the final pursuit, we need to consider better cost performance. So more details you need to discuss with mould company about your project. Welcome to contact Shine, we will let you know more about the plastic injection mould technology and the way to achieve better value for your money and time. 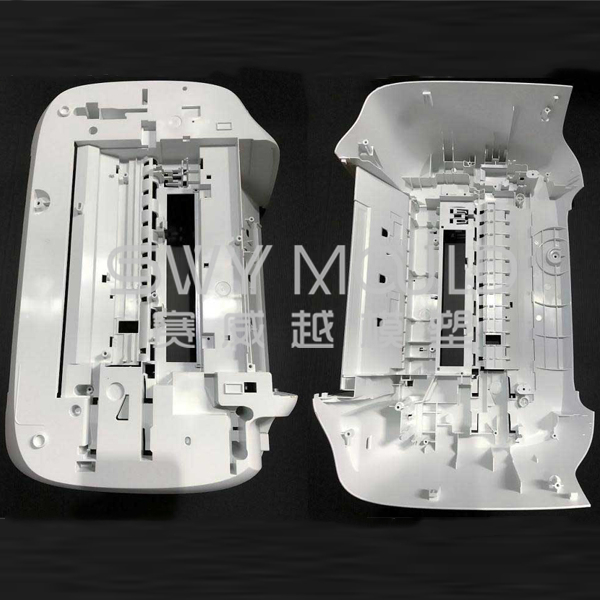 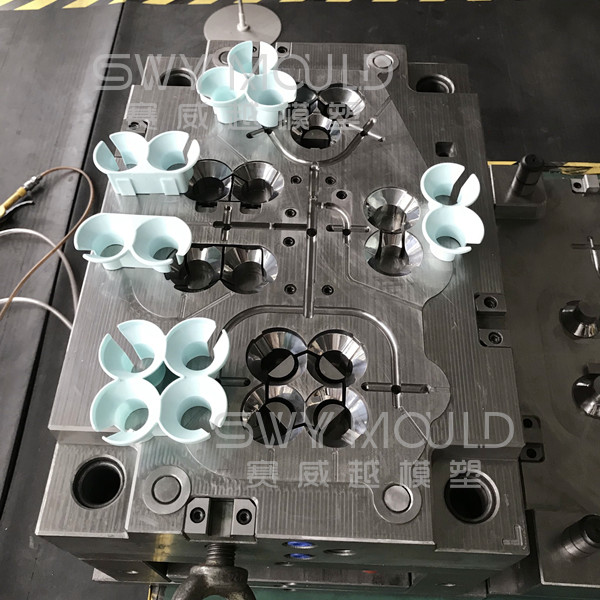