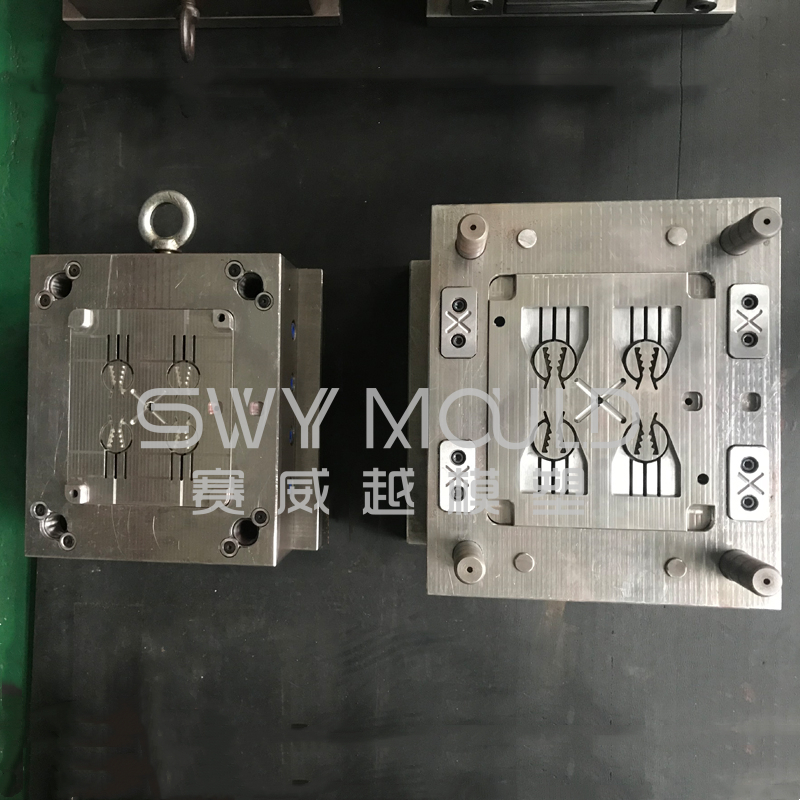 Rebar—the common term for the metal bar used to reinforce poured concrete—must be embedded to the proper depth (known as cover) to provide the proper strength. Rebar chairs, or similar devices, are used to prop up the rebar, separating it from the concrete form or subbase, so that the rebar is embedded in the concrete to the specified cover depth.

There are many types of chairs and other supports available for different applications. Choosing the right support for a particular project depends on several factors, such as the type of surface beneath the concrete, the type of concrete formwork, and the project's design specifications.

No matter which kind of plastic rebar supports you need to customize the molds, kindly provide us your sample, SWY MOULD will provide you one-stop service from mold design to mold-making to mold production.

Common problems of rebar chairs or other supports

Rebar chairs and other supports perform as designed only when they are properly handled and installed. Some problems may happen during use.

1. One common problem is chairs getting tipped over during the pour. This occurs most often when the required cover is over 2.5 inches, as the height-to-width ratio of the chair may make it easy for the chair to tip over when workers step on the rebar. Increasing the number of chairs can help prevent this problem.

2. Another problem is when the supports are spaced too far apart, allowing the rebar to bend in the middle of causing chairs to break due to the weight of the rebar. Here, too, increasing the number of supports can prevent the problem.

Every injection mold has to have a gate or an opening through which the molten plastic is injected into the cavity of the mold. The type and size of the gate play a very significant role in the process of injection molding and must not be overlooked.

In the custom injection molding business, margins are extremely tight. This requires the mold maker to make a very accurate determination of the size and type of gate for the injection mold. The wrong gate can spell disaster, or at least reworking the mold, which can quickly eat up profits.

Gates vary in size and shape depending upon the type of plastic being molded and the size and shape of the part as well. Obviously, larger parts require larger gates or even several gates.

There are other types of gates, especially in hot-tip applications, but that is a subject unto itself.

1. The tab gate is the simplest of all. It is the type of gate you see when you buy a plastic product that requires breaking from the runner, or a tree-like piece of plastic attached to the part. It is usually a flat, tab-like connector that enables the plastic to flow into the part.

2. A tunnel, or submarine gate, is more complicated and requires a much higher degree of skill to add to the mold. This type of gate is a cone that is added below the surface of the part, thus the name: submarine gate. It also has the appearance of a tunnel. This is used when there cannot be much evidence of the gate left on the part. This is known as gate vestige.

It is also used in high production molds where everything is automated and the part must break free from the gate to be separated and packaged.

3. The smiley gate is so-called because when you look at it, it resembles a smile, sort of. This is more difficult to machine and is used to add a gate right at the bottom of a plastic part. It is like a tunnel gate, except the bottom portion is cut off, or truncated. This enables the gate to be right at the bottom of the plastic part. Smiley gates are also used in high production applications where the part must break free from the gate for purposes of automation.

4. The banana gate is quite a novelty, but very useful. These gates are used when there can be no trace of the gate on the plastic part. It is like a tunnel gate, but curved, like a banana, so it can reach underneath the part and allow the plastic to be injected into a hidden area of the part.

Cold runner system in the mold

Each system has its advantages and disadvantages. Choosing the correct system depends on the requirements of the part to be produced.

A few of the considerations include:

* Physical characteristics of the material

* Type of material – virgin or “regrind”

* Color changes during the production run

Cold runner systems are best used when the parts produced are of simple design, or for limited production runs, or when a rapid change in production color is needed.

In a cold runner mold, the runner (excess material retained in the feed channels) is cooled and ejected with the part. Every cycle, apart, and a runner is produced.

There are two major types of cold runner molds:

1. A two-plate cold runner mold is the easiest and least expensive type of mold to produce. Two plate molds have a single parting plane, and the mold splits into two halves at the plane. Because the runner system must be in line with the parting plane, the part can only be gated on its perimeter.

2. A three-plate cold runner mold differs from a two plate in that it has two parting planes, and the mold splits into three sections every time the part is ejected. This feature provides greater flexibility of design, allowing gating to be placed in the most efficient locations. Since the mold has two parting planes, the runner system can be located on one, and the part on the other, for easier separation. 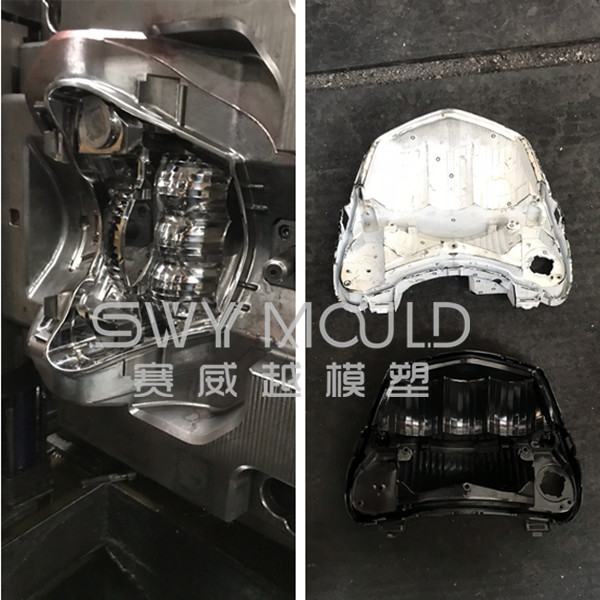 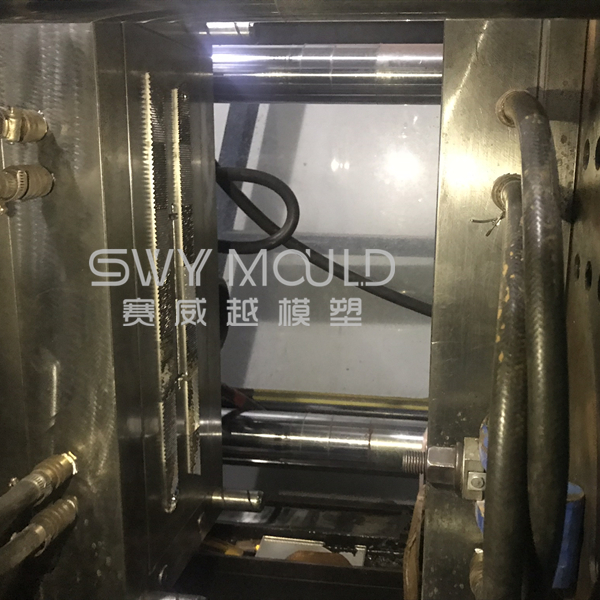 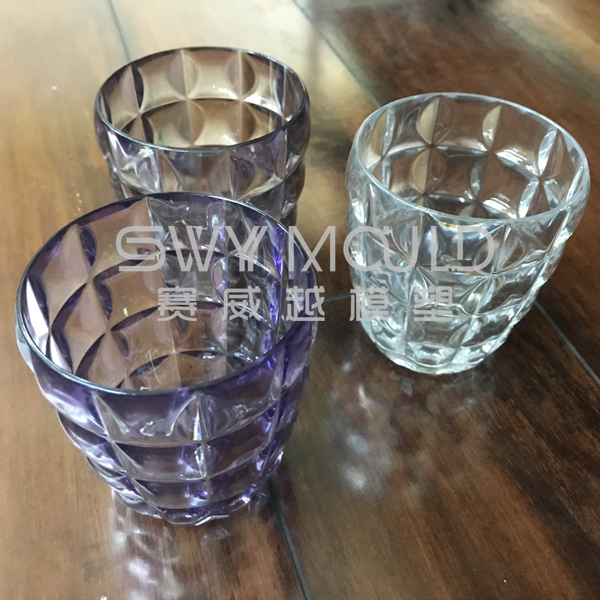 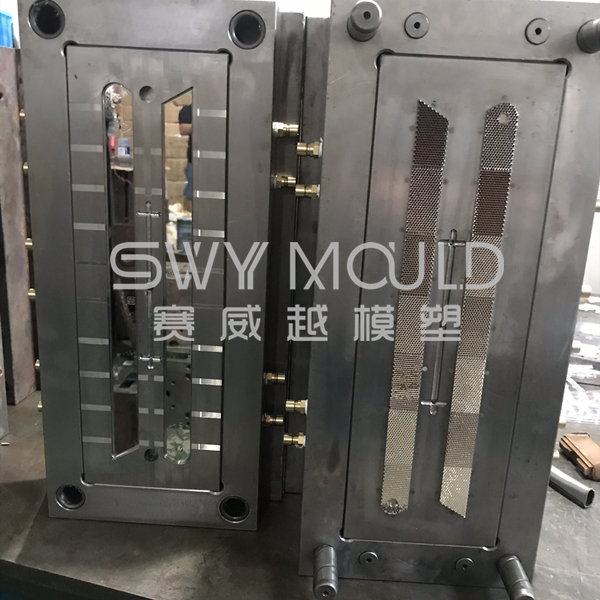